One year ago, I began to suspect I was pregnant.

One year ago, I was researching things online.

One year ago, I was eagerly waiting for the days to pass before I could finally use my home pregnancy test.

One year ago, I was filled with surprise and wonder.

Today, I wonder if I will ever feel that joy again.

Today, I wait for those suspicions to return.

Today, I become jealous of those who announce their own pregnancies.

Today, I am filled with longing to have my arms filled.

God knows my pain. He knows my longing. Someday.

As I prepared to publish this novella, I felt very rusty. And then I realized why. The last book I published was All the Way My Savior Leads back in MAY! That is a long time for me in recent years. It’s good to be back in the publishing realm again.

My current book was inspired by a couple of minor characters who first showed up in Lily of the Valley. It was first published in an anthology I was part of entitled Where the Light May Lead. I have since updated and edited it. A few things are different, but not many. And all the changes were made after I started writing He Hideth My Soul (Orphans of the West #3)

And now here we are. I am excited to present this novella. It was fun to write and I hope you enjoy reading it as much as I enjoyed writing it. Of course, as with all of my blog tours, there is a giveaway, so make sure you scroll through and enter it. I’m also including an exclusive excerpt you won’t want to miss. But first, here’s a little bit about the book.

Eleanor Miller has never lacked for anything, but she wanted to become a schoolteacher anyway to instill the love of learning into other children. Unlike what happened with her brother, Grover.

Grover hated school and authority. He rebelled any change he could. When he almost killed a man, their family was torn apart and he was disowned.

Eleanor understands her father’s decision, but she worries she will never see Grover again. Will she find out how sweet it is to trust Jesus in everything no matter what happens or will she stop trusting Him completely?

Four hundred and ninety-nine years ago today, a man walked up to All Saints’ Church in Wittenberg, Germany. He held a piece of paper with one hand and pounded a nail into the paper and door with the other. He stood back and looked at the paper as the wind gently blew behind it causing the document to flap restlessly. “God, I know You will do what You will with this,” he prayed, “and whatever happens, help me to know that You were part of it.”

That simple paper started one of the biggest controversies of its time. A controversy that has ramifications today, almost 500 years after the fact. How important were the 95 theses Martin Luther presented that fateful day? END_OF_DOCUMENT_TOKEN_TO_BE_REPLACED

Before I begin, I must note that this is not an endorsement, nor am I making any excuses or defending anyone in this post. This post is meant to simply point out a few facts I have not heard from anyone about this particular issue.

Surprise, surprise. A presidential candidate is getting attacked. For something that he said 11 years ago? Wait, what?

First of all, did they really have to go back to something he said 11 years ago in order to attack him? But that isn’t the main reason I have a problem with the way EVERYBODY, both left and right, attacking Donald Trump for what he said about women.

My problem with the attacks is two-fold:

It’s called “locker room talk” for a reason, right? So Donald Trump is being attacked by hypocrites who have either said or heard someone they know say the exact same things. Yes, there is the possibility that he has sexually harassed or assaulted women. He’s never been charged for it, though, at least not that I have heard.

I found two lessons in this whole hypocrisy and lambasting. There are probably more, but these are the two that are most relevant:

One-Watch what you say. You never know who might be listening or how it could be used against you.

Two-Take heed of Matthew 7:5: “You hypocrite, first take the log out of your own eye, and then you will see clearly to take the speck out of your brother’s eye.” (NASB)

What are you doing to keep your mouth out of trouble? One piece advice I’ll probably always remember is this quote from Thomas Jefferson: “If angry, count ten. If very angry, an hundred.” I think this can apply to almost anytime you open your mouth, not just when you are angry.

Are there any logs in your eye you need to take out before you can even think about the speck in your brother’s eye?

I’m preaching to myself here, too, so don’t get too up at arms with me. I know none of what I’m saying is probably very popular, but I’m not concerned about doing what is popular, just what I believe is right and Biblical. This election is supercharged with debate, controversy, and confusion. We should all be in prayer for wisdom, patience, and perhaps you should turn your TV off and study your Bible and pray for our leaders, both the current and future ones.

5 But if any of you lacks wisdom, let him ask of God, who gives to all generously and without reproach, and it will be given to him. 6 But he must ask in faith without any doubting, for the one who doubts is like the surf of the sea, driven and tossed by the wind. 7 For that man ought not to expect that he will receive anything from the Lord, 8 being a double-minded man, unstable in all his ways.

There’s been a lot of talk lately about Pokemon and Pokemon Go. Honestly, I have major concerns and I’m tired of all the talk about both of them. I’ve never done anything with Pokemon and I never will. I always knew there was something not quite right about it because my parents didn’t want us to get involved with it, but I never knew all of the reasons behind it.

About two weeks ago, I heard a radio talk show with a pastor who has now done quite a bit of research on Pokemon and Pokemon Go. I only heard half of the program, I went on his website later and found two articles with lots of research in them. I will link to the articles at the end of my post. END_OF_DOCUMENT_TOKEN_TO_BE_REPLACED

At VBS this year, the kids learned about Noah and the flood. Many people believe Noah and the flood is just a children’s story. It isn’t just a story. It really happened, but I’m not writing this post to debate the evidences for or against a worldwide flood.

What I am here to write about is Noah. When God looked down on the earth and saw that the heart of man “was only evil continually,” He also saw that Noah stood against everyone else. Noah stood up for righteousness, he did good rather than evil.

Instead of destroying His whole creation, God had Noah build an ark so He could save the animals as well as Noah and his family. Why was this so amazing and hard for Noah to do?

END_OF_DOCUMENT_TOKEN_TO_BE_REPLACED

A couple weeks ago, a fellow Homeschool author of mine asked if any bloggers wanted guest posts. I jumped at the opportunity. Below is the post she wrote up for you, my readers. Enjoy!

Keep Your Friends, Give Me Enemies 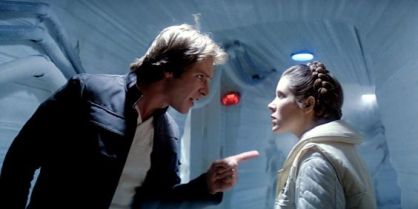 As sad as it may sound in a movie or a book enemies are more interesting than friends.

UNLESS a friend becomes an enemy and you get: the frenemy. END_OF_DOCUMENT_TOKEN_TO_BE_REPLACED